Union laborer appointed U.S. Labor Secretary (and what it means for workers)

Union laborer appointed U.S. Labor Secretary (and what it means for workers)

“Having one of us up there is huge, this is a big win for laborers, unions, and just all workers.” 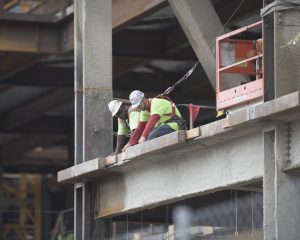 This was the overall sentiment at the monthly Local 210 laborers’ meeting, in regard to a former union leader being named Labor Secretary for the first time in over 40 years.

Walsh joined Laborers’ Local 223 when he was 21 years old. After years as a laborer he worked his way up in the Boston Trades Council, where he represented all trades from laborers to ironworkers to electricians, just to name a few.

“Workers’ protection, equal access to good jobs, the right to join a union, continuing education and job training, access to mental health and substance use treatment. These are not just policies to me, I lived them,” Walsh said at his confirmation hearing. “Millions of American families right now need them. “

He will have his work cut out for him as the pandemic has left so many unemployed, and has raised a lot of concern about workplace safety.  LiUNA released a statement that their organization believes Walsh will be, “a powerful guardian of workers, and strong and effective enforcer of labor laws.”

“It is such an important time right now for our workers and to have a union brother standing with us in the cabinet just feels great, feels like workers will have some protection,” said Don Panepinto, a former Local 210 laborer who is now an attorney fighting of workers’ rights here at the Dolce Panepinto.